The Big DayNovember 3, 2013
The Big Day in the Big Apple is here 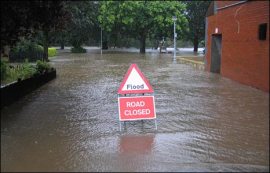 Sunday was a very important day for me as it was my LONGEST RUN EVER.  I was awoken in the night by the rain and before drifting back to sleep I said a little prayer that it would stop by the time I woke up.  God’s mobile was clearly engaged as when I got up it was just chucking it down.  Worse still I could not delay my EXTRA LONG RUN as it had to be done 3 weeks before New York.  I had 7 cups of tea and 5 rounds of toast in the hope that it would dry up before I set off.  But no, it rained and rained and blew the odd gale.  I left with a very heavy heart and was soaked before I reached the end of the road.  After all of the wonderful weather I had enjoyed over the summer I was furious that today, of all bloody days, it was pouring.  I squelched for mile after mile, dodging torrents of water as they ran off the fields.  Never have I seen the Surrey countryside look so bleak.   At one stage I had to wade through a ford which was literally over my knees.  I had just got through this when some a*** hole in a Range Rover powered through the same obstacle and deluged me with a 15 foot sheet of water.  I would have screamed at him but I was concerned I might drown if I opened my mouth.  Husband came along as usual in his shiny black car to offer words of comfort and a flask of coffee rather than water this time.  I was a bit miffed though when he handed the coffee out of his window then he promptly shut it as he ‘didn’t want to get the interior of his car wet.’  He did however help me with the route and told me he would next meet me in Oxted High Street.  He failed to mention that there was a mountainous assault course to get over before then.  A canoe would have come in handy at that point.  Oxted is 2 whole train stops from Lingfield. It seems a long way in the car so to be running it whilst dealing with a tsunami seemed absurd.  The words ‘Insane’ and ‘Jayne’ kept jangling around in my head.  By Oxted I was shattered.  I couldn’t actually get to the High Street as the A25 was flooded.  Husband planned a detour which added on 2 miles and 3 hills.  The next time we met up he had the ‘Goods.’  A packet of Nurofen Express and more coffee.  After I had exceeded the safe dose of painkillers by at least 3 times I started to plod back.  On and on I went with a mixture of jogging and front crawl.  I have never been so pleased to see Home after my 4.5 hour excursion.  I stood under a hot shower for half an hour and applied nappy rash cream everywhere.  I then spent the whole afternoon texting people to tell them how bloody marvellous I was.  Little Trevor agreed  ‘You have done all the hard work. I have every confidence you will be ok on the day.’  I sure hope so.

I am running the New York Marathon 2013 for Macmillan Cancer Support. If you are enjoying reading my blogs please donate at: http://www.justgiving.com/jayneandtrevorwebb